Redbox, the kiosk disc rental service, will add 43 new DVD and Blu-ray movies in October, the company has announced.

The new titles will include the critically-acclaimed Baby Driver, which stars Anson Elgort as the talented getaway driver for a bunch of ruthless gangsters (Kevin Spacey, Jon Hamm); the box office hits, Spider-Man: Homecoming and War For the Planet of the Apes (pictured above); and the HBO drama, Wizard of Lies, starring Robert De Niro as the fraudulent financier, Bernie Madoff.

Redbox, which is available in more than 40,000 locations across the United States, charges $1.50 per night for a DVD rental and $2 a night for a Blu-ray rental.  If you want to find a Redbox near you, click here.

(Note: Not all titles will be available at each Redbox kiosk; check your local Redbox for availability.)

Here is the complete of new movies coming next month to Redbox kiosks. 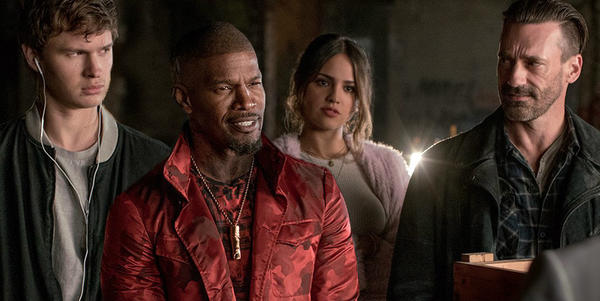 Tuesday, October 24
The Emoji Movie (DVD and Blu-ray)
An Inconvenient Sequel (DVD only)
DC: Batman vs. Two-Face (DVD only)
Guardians (DVD only)
Unhinged (DVD only)

One thought on “Redbox to Add 43 Movies In October”