DIRECTV Now this morning is still undergoing an on-screen guide “outage,” leaving some subscribers uncertain how, or unable to, watch specific channels.

The technical problem began yesterday and is continuing this morning at 5:11 a.m. ET. The guide, which many subscribers use to tune to specific channels, is blank for a few dozen networks.

AT&T has yet to respond to our inquiry regarding whether it has resolved this issue.

Update #3: AT&T said Wednesday that it would have no further comment on the issue. However, it appears the problem has been resolved.

“DIRECTV NOW is experiencing a guide outage and we’re currently working on a solution. We apologize,” @DIRECTVNowHelp, the service’s Twitter customer service team, told one complaining customer this morning.

@DIRECTVNowHelp tweeted that subscribers to the live streaming service could still watch a missing guide channel if they selected it from the Home Page and then scrolled from left to the right. Another DIRECTV Now tweet suggested looking for the channel in the Search feature and then clicking on it when it came up.

However, many subscribers seemed unaware of these features and posted angry comments on social media sites.

“WTF,” tweeted @crosseyedmary at 9:17 p.m. ET last night during a new episode of The Walking Dead on AMC. The subscriber posted a picture of her missing guide information, which you can see here.

DIRECTV Now suffered a similar guide outage a week ago, which also left subscribers uncertain how or unable to watch channels. The streaming service has also been riddled with numerous other technical problems since its launch on November 30.

Here is a picture of the DIRECTV Now on-screen guide from last night, as posted by @spencerdan on Twitter. The subscriber tweeted: “This happens way too often. Menu won’t load. What’s the fix?” 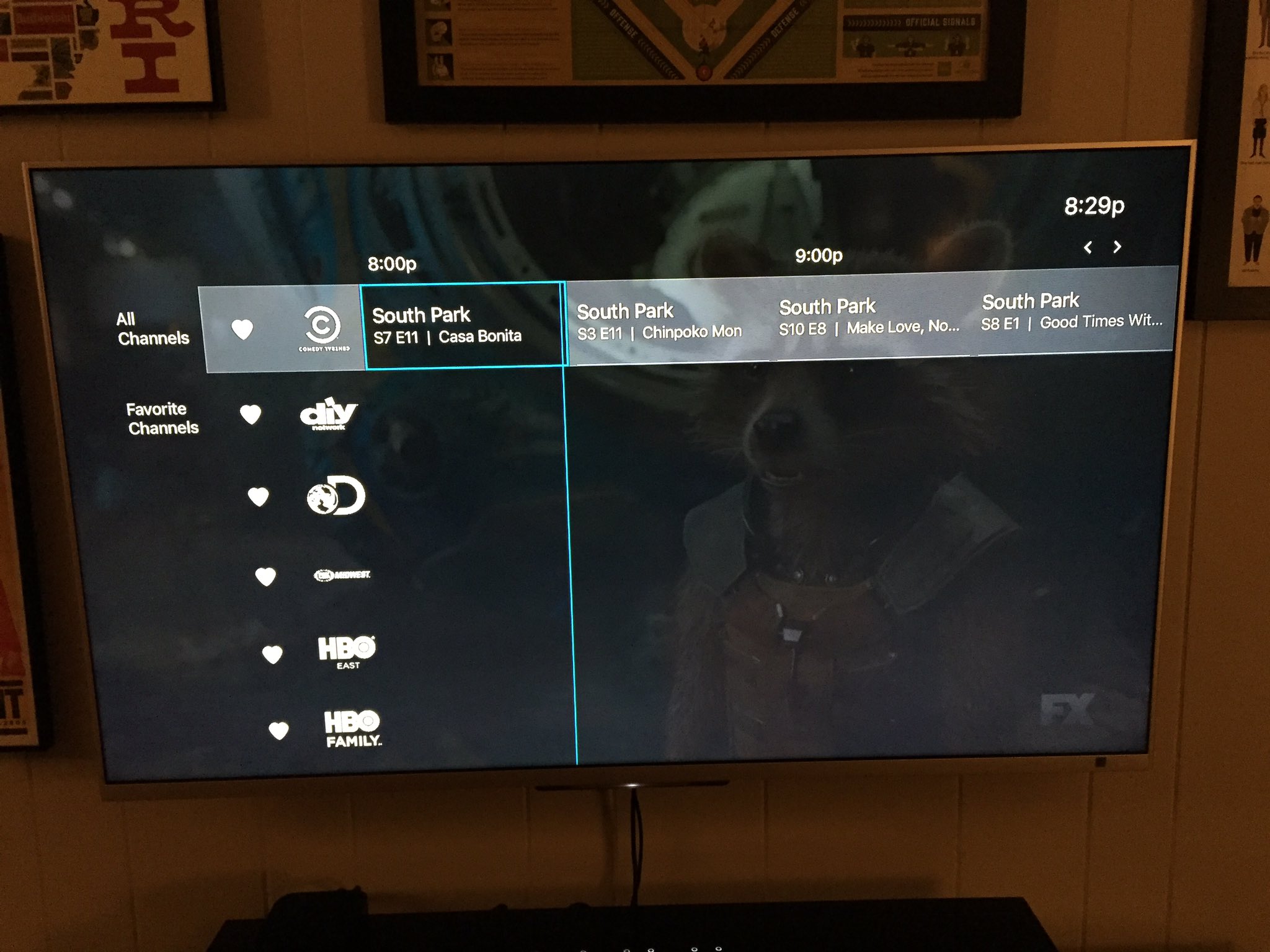